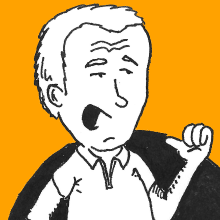 Did you think that the previous post on Dibs packs had all there is to know about packs? Surely not!

Curious about the whole Dibs Saga? See a list of all posts on dibs.

Where Is My Pack?

We already know that packs are very useful to collect programs that will be executed within containers and eventually shape the container image that we aim to. As a matter of fact, packs are a little more generic than that, allowing to store something that can become useful at a later point - but we will not talk about this here.

We also know that there is natural place where we can place packs, i.e. the pack sub-directory. But it’s not the only place, as you might already have guessed.

We already saw how to define a pack in the packs section of the configuration file:

The type can be any of…

Still not the whole story, but it’s a good start.

A Pack Can Contain Things

It might seem at this point that sharing packs across different projects would involve a lot of copying scripts around: still better than lenghty RUN sections, but probably not that much.

A pack, anyway, need not be a single file and can be a whole directory. As an example, you might put a few (possibly related) scripts and files in a sub-sub-directory pack/my-scripts of the project directory, and define the associated pack as follows:

Note that we’re using base now. Then, suppose we have two scripts first.sh and second.sh inside, and we want to call them in two strokes:

This makes very easy to group common programs/scripts e.g. in a git repository and then reuse it easily across different projects:

It turned out that sharing pack programs in a git repository was too useful to be left to manual intervention, which is why there are additional ways to define a pack, among which the type: git:

The above repository contains a few useful scripts that will hopefully help you shape your containers for a Perl program (there is a program inside that leverages either cpanm or carton to do the heavylifting).

If you want, you can also be very precise as to what you want to checkout from the git repository, by specifying an explicit ref or putting it as a URI fragment:

The repository will be cloned/fetched/checked out as requested and then any path will be relative to its base directory. So the following stroke:

will end up calling this build program.

If you’re wondering… yes, the idea came from the buildpack for heroku.

Which Way Should I Use?

Both techniques are fine for sharing programs across different projects. The automatic clone/checkout has simplicity and ease of reproduction as a pro, allowing to use dibs.yaml to define what’s needed and letting dibs figure out the rest; on the other hand, using explicit checkouts in the pack directory gives you full control, which is probably very useful while you’re developing and/or debugging a pack.

You might even want to go both ways, e.g. using a YAML alias:

In the example above, basic is an alias for the hash associated to remote, but the alias definition can be easily moved up to local and the strokes pointing to it would start using the local checkout, where you might be messing around to do troubleshooting and/or enhancements.

That’s All For Now!

Again, we’re at the end of the short story. Today we learned that: